German propaganda photograph captured by the RAF. RAF Caption: Shot down during a ... 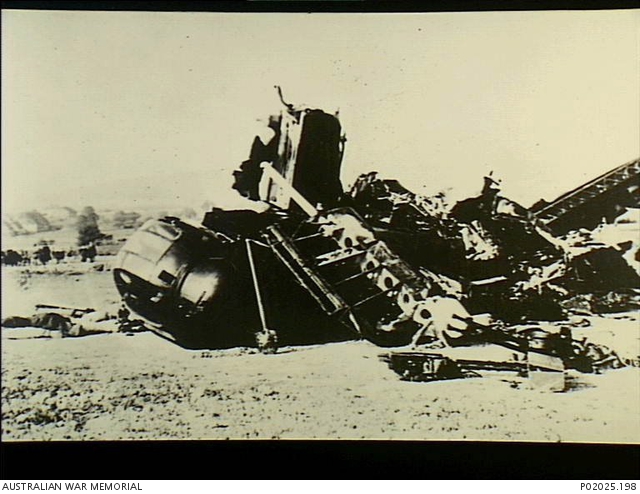 German propaganda photograph captured by the RAF.
RAF Caption: Shot down during a terrorattack.
The remains of a British bomber, brought down by out aerial defence during terror attacks on German cities.

The photograph shows the twisted and burnt remains of a destroyed Short Stirling bomber aircraft. Note the body, possibly of a dead RAF airman, lying beside the debris at the nose of the aircraft. Looking over the dead body a crowd of onlookers can be seen at some distance from the wreckage.