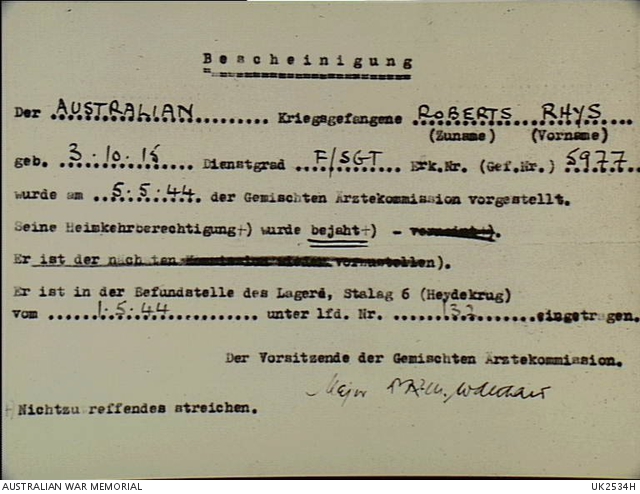 Heydekrug, Lithuania. Warrant Officer (WO) Rhys Roberts's certificate confirming justification for his repatriation. It was issued to him in Stalag Luft VI after he had been examined by a medical commission. This is one of several items supplied to RAAF Overseas HQ London by 407513 WO Roberts on his repatriation from Germany in September 1944. (See also series UK2534A-G).