Group portrait of some of the first RAAF pilots to operate from an airfield in Italy, and as a ... 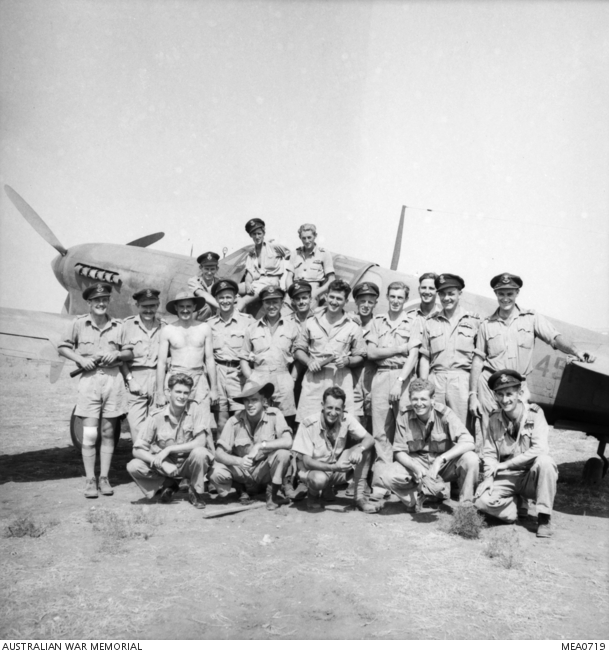