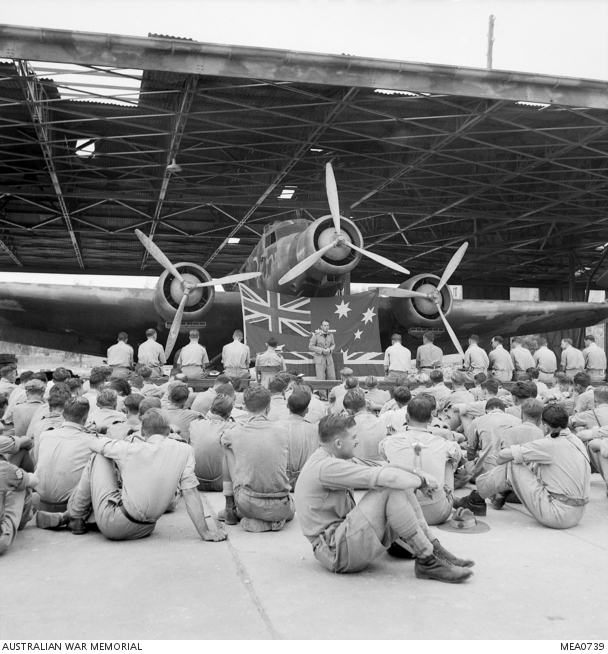 Bari, Italy. 1943. Squadron Leader R. Davies, RAAF Padre, conducts a service for an advanced Kittyhawk fighter bomber wing to commemorate the second anniversary of the Battle of Britain. The service is conducted at the front of a hangar and the Australian flag is tied to a Savoia Marchetti SM.79 Three-enginged Bomber Monoplane and the Union Jack flag is draped in front of the altar.