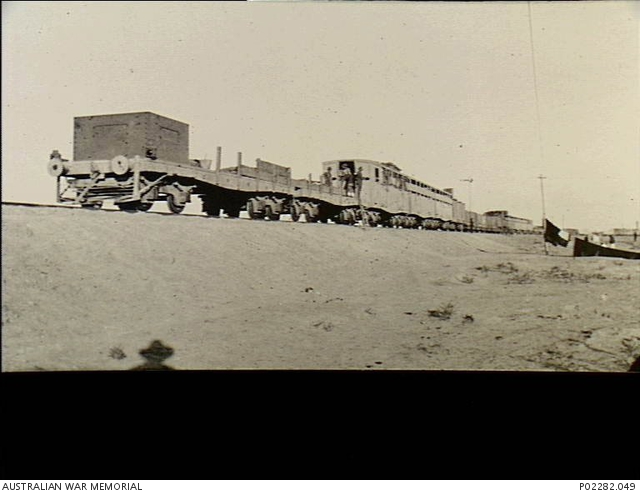 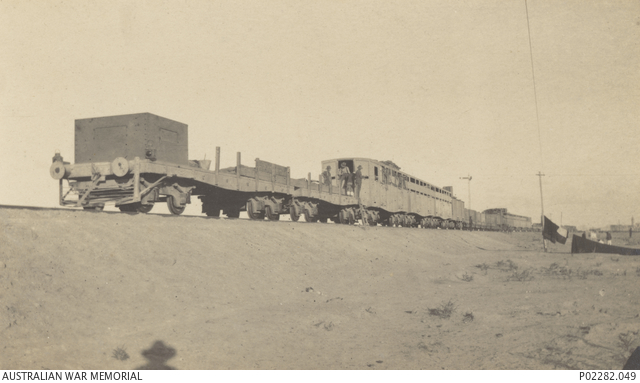 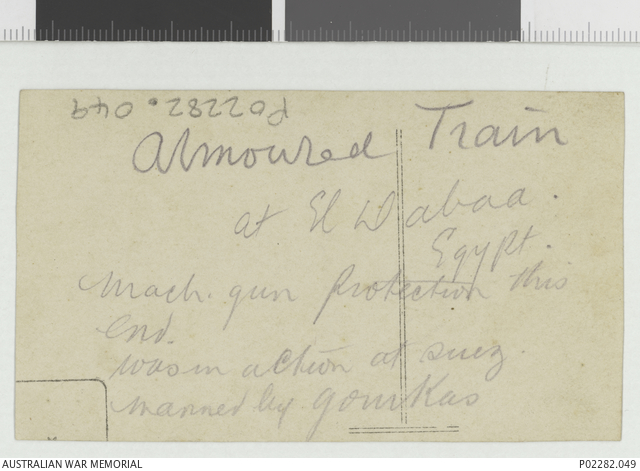 El Dabaa, Egypt, c. 1916-01. A train used for carrying troops, animals and equipment stands at a siding near the Mediterranean coast (not in view). An armour-plated pillbox, in which machine guns are normally mounted, stands on the rear end of the flatcar (left) to protect the train. Manned by Gurkhas, this car was used in action against the Turks in their attack on the Suez Canal. At centre, several soldiers of the 1st Divisional Train, Australian Army Service Corps (AASC), stand at the door of a special carriage that is fitted with stalls for transporting horses.