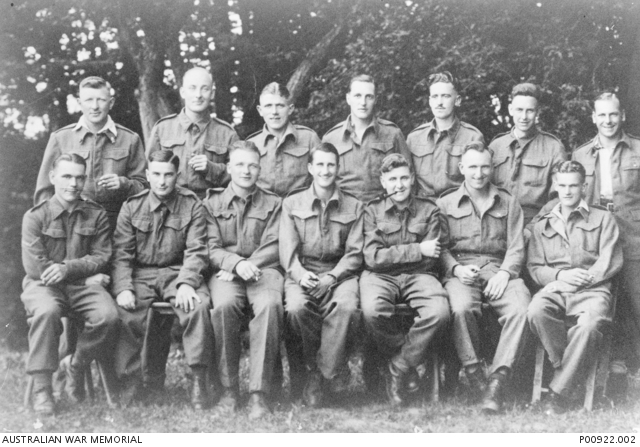 Gnas, Austria. Informal outdoors group portrait of Australian, British and New Zealand prisoners of war (POWs) at Stalag 180 (XVIId). The man in the centre of the front row is VX13958 Lance Corporal Robert Andrew Howard, a former Military Policeman with the 6th Division Provost Company, and the POWs' commander in the camp. The other POWs had elected Howard, the only Australian in the group, as their representative to deal with their German captors. The man sitting next to Howard (right) is smoking a pipe, while the man sitting next to him has a pipe in his hand. Several other men are holding cigarettes. (Donor A. Howard) (Original print housed in AWM Archive store)