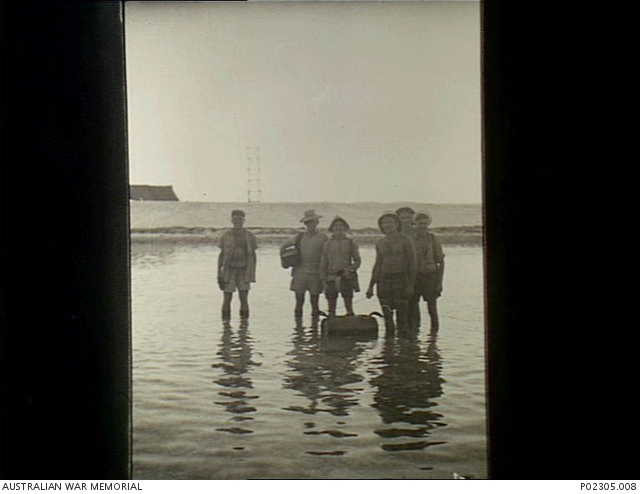 Scott Reef, Timor Sea, 1944-09. Scott Reef, just off the Australian continental shelf in 400 fathoms of water, about 200 nautical miles SSW of Koepang and 150 nautical miles from the Western Australian Kimberley coast. The reef comprises two coral reefs forming a large lagoon which offers a safe anchorage for several hundred ships. Scott Reef was surveyed by HMAS Moresby and the other ships of the Survey Squadron, during the Timor Sea Survey, to survey the approaches to Darwin in anticipation of ships of the British Paficic Fleet using this passage to transit from the Indian Ocean. Some of the sailors from HMAS Moresby who constructed a tubular steel tower on Sandy Islet about to return to the Moresby having completed the task. The tower was used as a survey mark by ships surveying within the lagoon taking radar fixes on the tower.