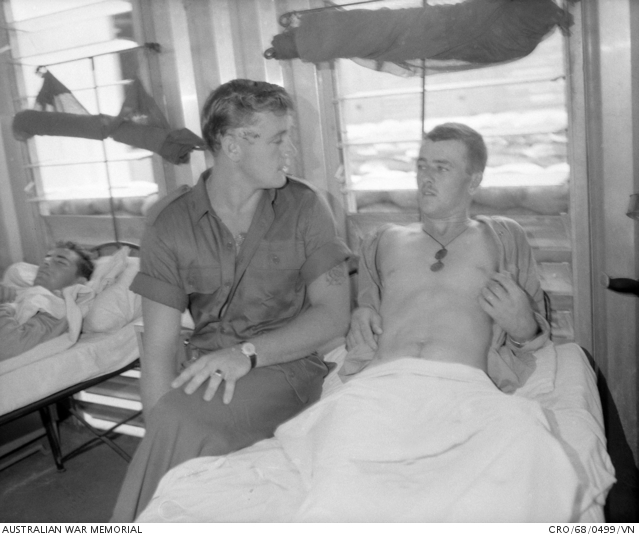 Vung Tau, South Vietnam. 1968-05. Private Graham Stevens of Punchbowl, NSW (left), discusses a clash with Communists in Bien Hoa Province with Lance Corporal Ian McCartney of Altona, Vic, who is recovering from a leg wound. Both are members of 1st Battalion, The Royal Australian Regiment (1RAR), and were wounded when an enemy force tried to overrun an Australian Fire Support Base (FSB). They were evacuated to the Australian 1st Field Hospital after treatment at an American hospital in Long Binh.