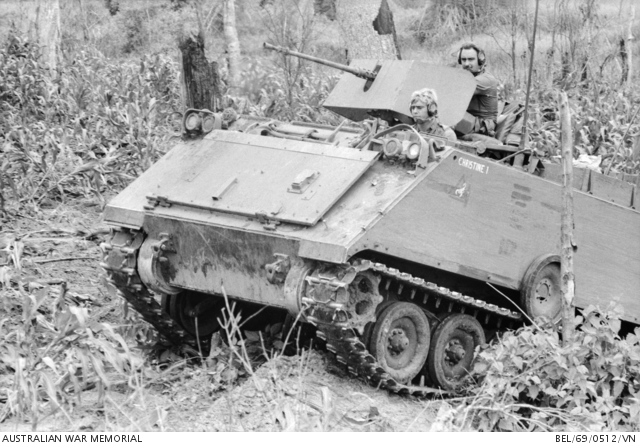 An armoured personnel carrier (APC) M113A1, from B Squadron, 3rd Cavalry Regiment, grinds its way out of a bog. Sergeant Peter Edwards of Footscray, Vic, mans the track's .50 calibre machine gun, while Trooper Mick Chinnick of O'Connor, ACT, drives. The APC was part of a force of armour and infantry sweeping an area twenty miles east of the 1st Australian Task Force (1ATF) Base at Nui Dat. Note the APC is named Christine 1 and the Scorpion, the logo of the squadron, appears below the name.