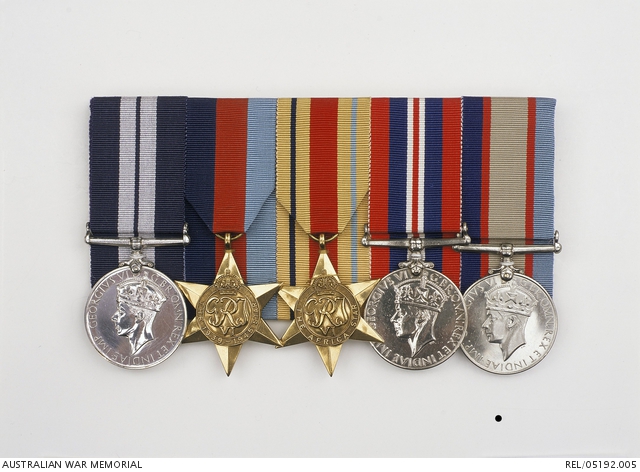 PM3322 Able Seaman Noel Jack Johnston was born in 1916 and enlisted in the Royal Australian Naval Reserve on 31 January 1941, from Orbost, Victoria, where he was a farmer. He volunteered for special anti-submarine work and was sent to England for training. He was posted to the cruiser HMS Cleopatra and sent to the Mediterranean. The ship was damaged by bomb attacks en route and Johnston was transferred to serve on a Royal Navy motor lauch, assigned to protecting Tobruk Harbour. Johnston was awarded the Distinguished Service Medal during the German occupation of Tobruk and consequent Allied withdrawal in 1942. Johnston was hospitalised for several months recovering from his wounds before being sent home to Australia. He was discharged on 25 March 1946 and returned to farming. He was accidentally killed in 1957.