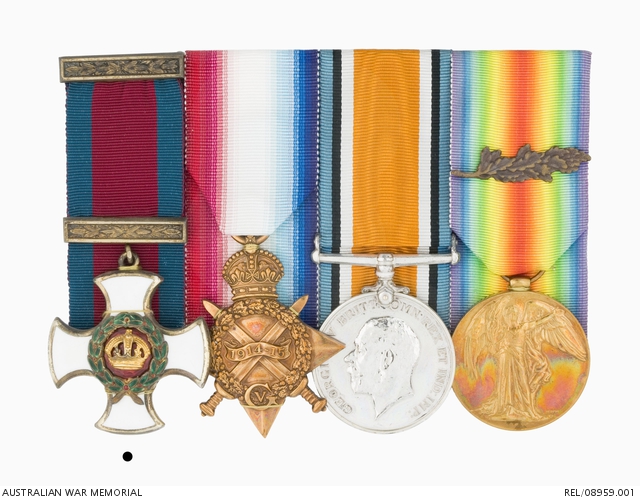 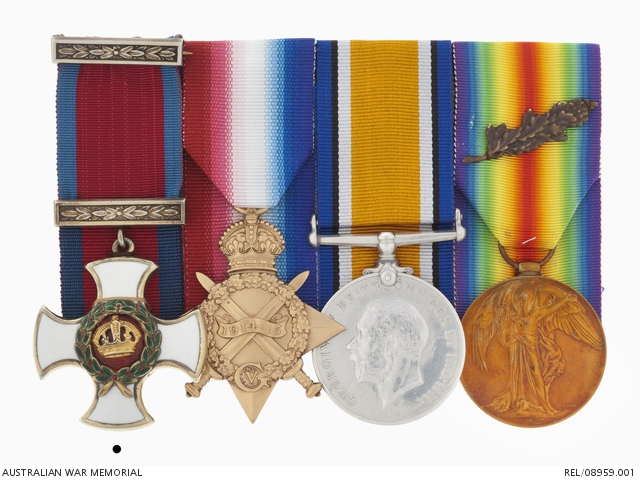 Distinguished Service Order awarded to Major Frederick Phillimore Howell-Price. Born on 11 June 1888 at Kiama, he enlisted in the AIF as a driver in the 6th Company, Australian Army Service Corps. He and his five brothers served during the First World War, with all – except David Clayton Winchcombe Howell-Price – serving overseas with distinction.

He was promoted second lieutenant on 16 December and embarked from Sydney with the 2nd Light Horse Divisional Train on 16 December. He served at Gallipoli from September to December 1915 and was promoted lieutenant in November. On 23 March 1916, after his company had been disbanded, he was appointed adjutant of the Anzac Mounted Divisional Train in Egypt. In July he was promoted captain, Australian Army Service Corps, and appointed supply officer to the 2nd Light Horse Brigade. He was later supply officer of the 4th Light Horse Brigade, senior supply officer of the Australian Mounted Division, deputy assistant director of supply and transport to the Desert Mounted Corps, acting commander of the Anzac Mounted Divisional Train and acting assistant director of supply and transport in the Mounted Corps.

Howell-Price served with distinction during the Romani, Beersheba, Jericho Valley and Syrian campaigns. He was promoted major on 1 November 1917, awarded the Distinguished Service Order for 'distinguished service in connexion [sic] with Military Operations in Egypt' and was twice mentioned in despatches.

After the war he resumed his pre-war career with the Commercial Banking Co in 1919. A few months later he became an accountant with a rubber company in Sumatra. He retired in 1941 and returned to Australia before undertaking war work for the division of import procurement, Department of Trade and Customs during the Second World War. From 1946 to 1968 he was an accountant for the Metropolitan Burial & Cremation Society in Sydney. He had married Mabel Constance Beer on 24 July 1919 at St Jude's Anglican Church, Randwick; they had two sons and a daughter. He died on 22 April 1978.