Kaunghmudan, Burma. c. 1945. The pagoda of the Royal Benefaction stands among the blasted ruins ... 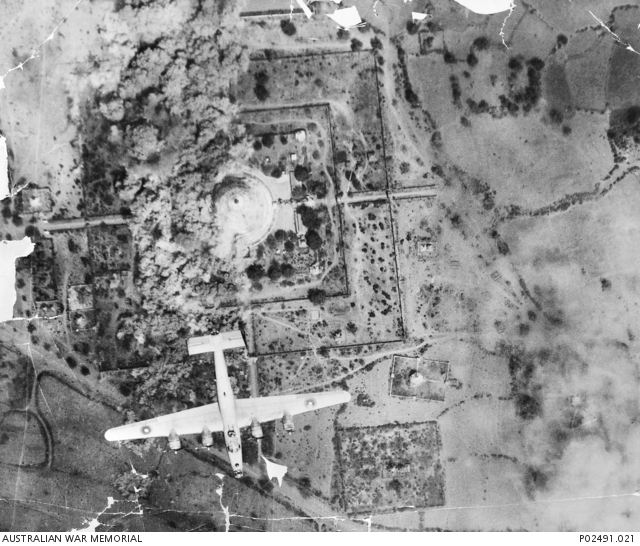 Kaunghmudan, Burma. c. 1945. The pagoda of the Royal Benefaction stands among the blasted ruins of the village surrounding it, a monument to the accuracy of bombing by RAF Liberator bomber aircraft of Strategic Air Force, Eastern Air Command. 200 tons of high explosive and incendiary bombs were dropped all round the pagoda, the area containing a Japanese Headquarters and artillery observation posts. An appeal had been made by the religious authorities that the pagoda should be spared destruction. It was a case of risking the ruin of the most holy place in Burma or exposing any more of our men to death. Aircrews, who included many RAAF members, were briefed to try to avoid the pagoda and yet pinpoint the targets in the immediate vicinity. Proof that the aircrews did their job with remarkable precision and that this famous twelve hundred year old shrine which is revered by Bhuddists throughout the world still stands among the ruins of the Japanese military installations surrounding it is illustrated by photographs taken during and at the end of the raid, which show bombs bursting all round the pagoda and not one on it.