Rangoon, Burma. 2 May 1945. Aerial view low over the jail in which the Japanese kept Allied ... 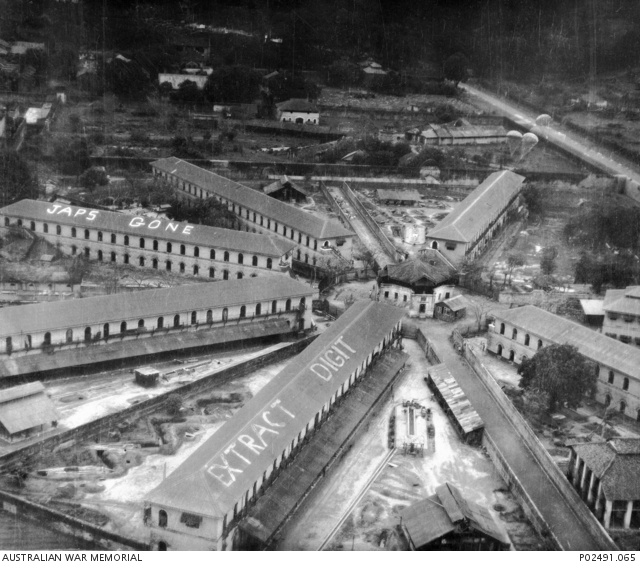 Rangoon, Burma. 2 May 1945. Aerial view low over the jail in which the Japanese kept Allied prisoners of war (POWs), some of whom are in the courtyards and on the stairways. Warrant Officer L. A. Payne of Kilkenny, SA, was navigator in a RAF Liberator bomber aircraft which dropped food and medical supplies (right). He said POWs required aid until ground forces arrived. 'They started waving to us like mad and then began to pick up the parcels' he said. Pilots flying low over Rangoon, the capital of Burma, on D-Day, spotted a long red-roofed building with a message "Japs Gone" painted on it in large white letters. Another message on another building reads, 'Extract Digit'.