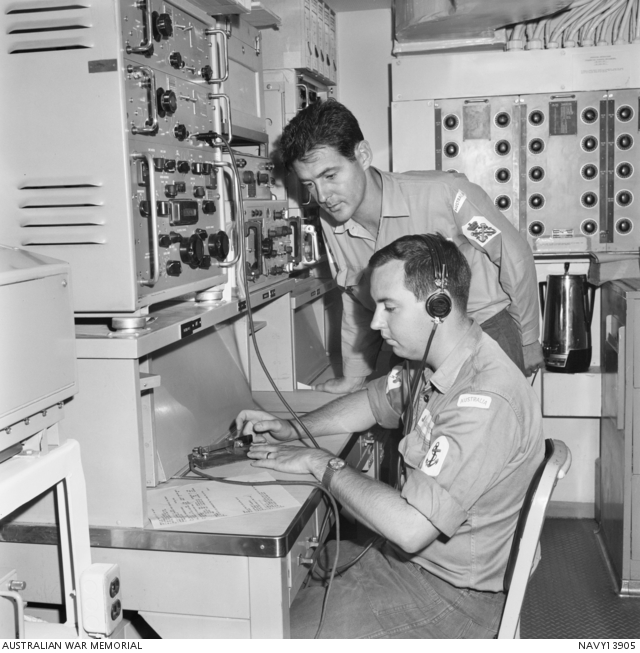 Communications yeoman R50191 Petty Officer Communications Yeoman (POCY) Ronald Arthur 'Rob' Robinson, of East Hills, NSW looks over the shoulder of R57901 Leading Radio Operator (LRO) James Henry Roberts, of Ramsgate, NSW, in the radio room on board the RAN destroyer, HMAS Hobart (1965-2000). Communications is a busy task on board HMAS Hobart, which is operating with the US 7th Fleet in the Bay of Tonkin off the coast of North Vietnam. Two or three times a day HMAS Hobart can expect 'action stations' as they deal with logistics watercraft which are attempting to take supplies from North Vietnam down to the Viet Cong in South Vietnam. (Petty Officer Rob Robinson is probably 50191 Ronald Arthur Robinson who served on HMAS Hobart from March to September 1967.)