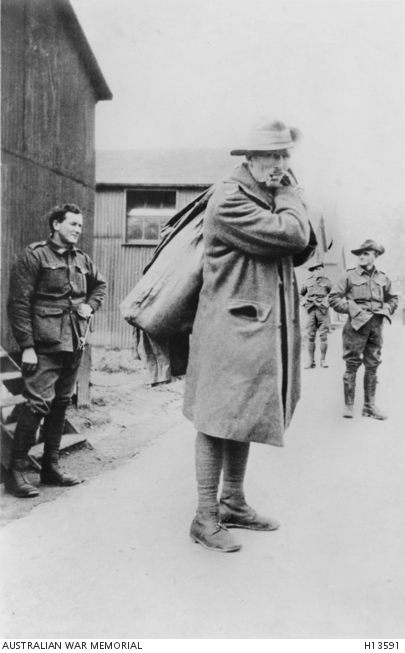 Private Tim W Tovell of No 4 Squadron, Australian Flying Corps, carrying an oat sack demonstrating how he smuggled the squadron's orphan boy mascot, 'Digger', Henri Heremene, to England. This happened as the unit started its journey home to Australia. Digger became the Squadron's mascot on 25 December 1918 and had been accepted at all levels and all agreed to assist in an attempt to smuggle him home to Australia. There is evidence of Henri signing his name as Honore, indicating it is his real name which had been transformed by the Australians.