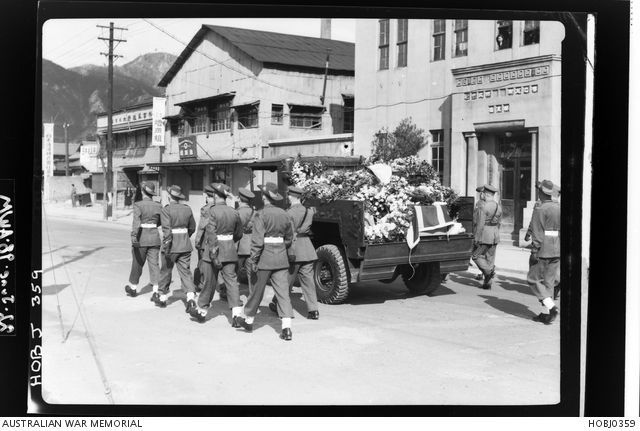 The funeral procession for VX112288 Major (Maj) J R Fitzgerald from the British Commonwealth Occupation Force (BCOF) Headquarters, slowly makes its way down a Kure street. A group of officers, Non Commissioned officers (NCOs) and men, marches beside the military truck that serves as a hearse. The casket is draped with the Union Jack flag, and wreaths and floral tributes have been placed on and around the casket. The funeral service took place in the Sacred Heart Chapel, and was attended by a large congregation of mourners.