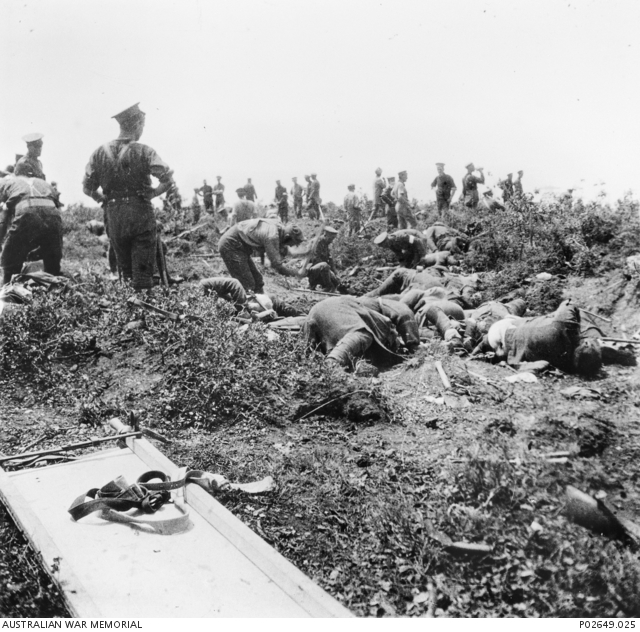 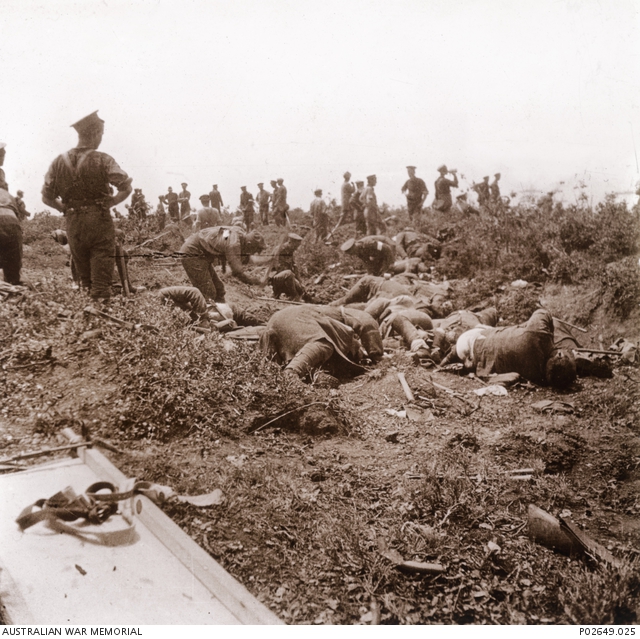 Gallipoli Peninsula, Turkey. 24 May 1915. Australian burial parties burying Australian and Turkish dead at either Quinn's Post or Chessboard, during the temporary armistice. More than 3,000 Turks and approximately 160 Australians were killed in the Turkish attack on 19 May 1915. Approximately one million rounds of ammunition were fired during the one day attack. The stench from the dead was so unbearable that the Turks initiated a nine hour armistice so that both sides could recover and bury their dead. Note the stretcher in the foreground. Surgeon General Charles Ryan contravened the terms of the armistice by taking this photograph. This is one half of a stereo image. The full image is held at P02649.009. (Donor J. L. Tedder)