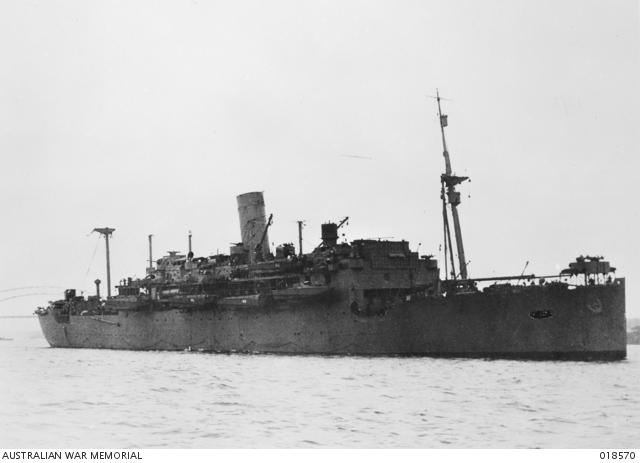 Starboard bow view of the Landing Ship, Infantry (LSI) HMAS Westralia (I)(C61). Landing Craft, Vehicle-Personnel (LCVP) are stowed aboard the ship and slung from the Davits. The single 6 inch gun mounted on the stern has been replaced by a 4 inch gun as have the two 3 inch AA (anti-aircraft) guns at the end of the superstructures. Single 20mm Oerlikon AA guns can be seen at the bow and the bridge wings, abreast and abaft the funnel and abreast the deckhouse aft. A type 271 radar lantern is mounted on the forward superstructure. Sampson posts have been stepped on the superstructure and a mainmast aft. All masts have been fitted with derricks to handle the landing craft.