Group portrait of officers of No. 1 Squadron, Australian Flying Corps (AFC) probably before they ... 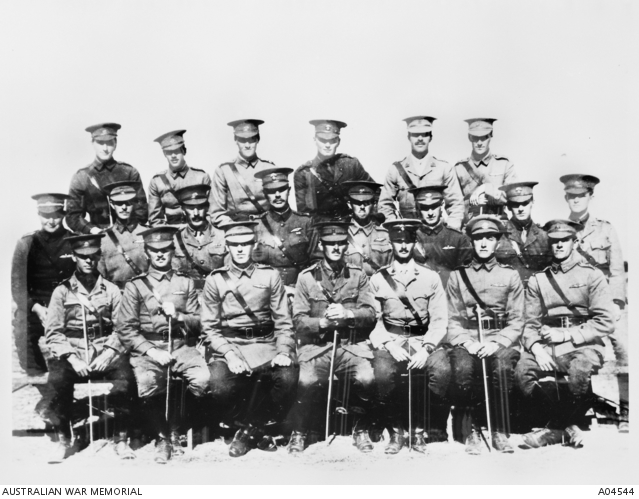