Outdoor group portrait of the Commanding Officer and sergeants of the 1st Australian General ... 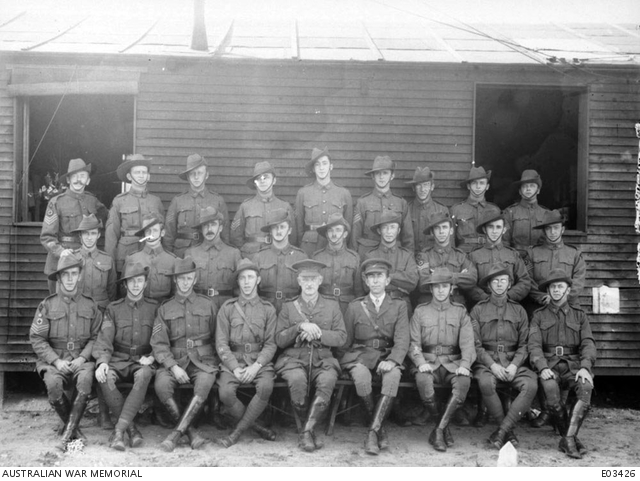