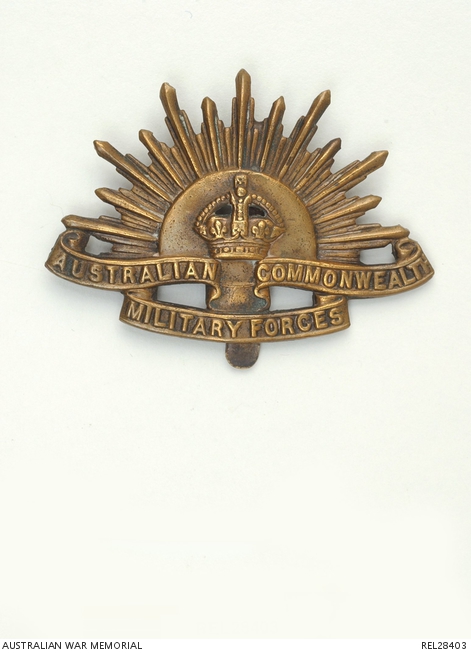 Associated with 3882 Lance Corporal Ernest George Keen. Keen was born in Sufflok, England and emigrated to Australia in the early 1900s. He enlisted on 16 September 1915 and served with the Fourth Machine Gun Battalion in France. He was wounded in 1917 and spent his convalescence at Nethercourt House, Ramsgate, Kent, where it is likely that he acquired this badge. He returned to Australia on 3 September 1919.