Part of General Dunsterville's mission of 200 officers and non commissioned officers on its march ... 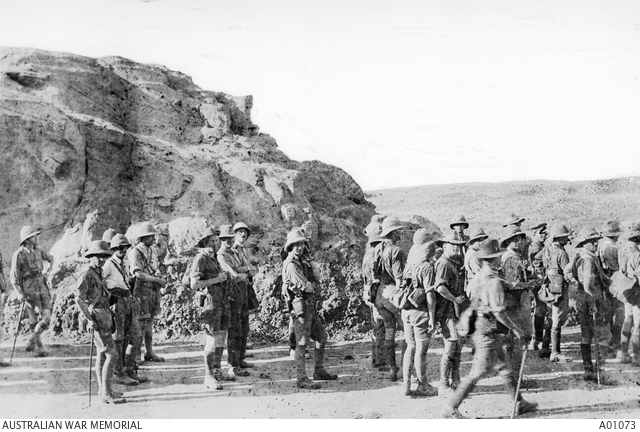 Part of General Dunsterville's mission of 200 officers and non commissioned officers on its march through Persia. At the end of 1917 volunteers were called for, largely among colonial corps, to proceed to an unknown destination upon a secret mission. The main object proved to be that of reestablishing, under British officers, part of the dissolving Russian and Russo Armenian forces in the Caucasus and on the Persian border. Twenty officers and twenty NCO's of the AIF formed part of the force and two of these men, wearing slouch hats are in the nearest column.