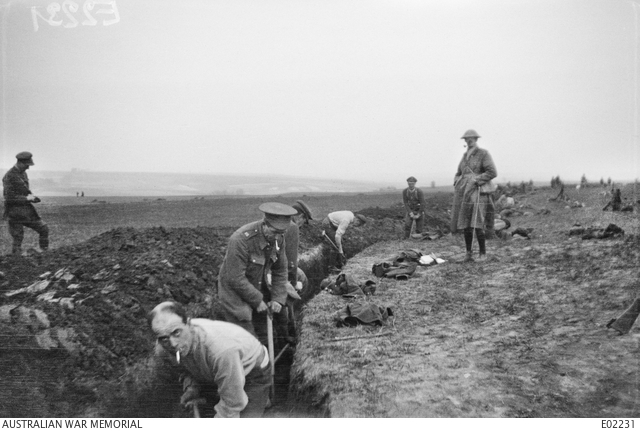 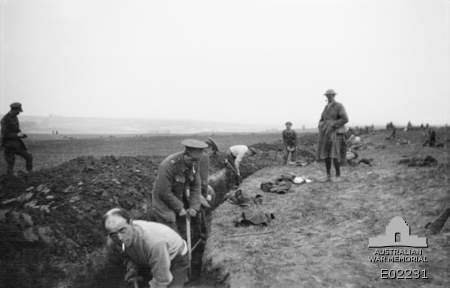 The German offensive, 1918. Men of the 180th British (Tunnelling) Company, Royal Engineers (who, like many others, had fought as infantry in Carey's Force during the March retreat), digging trenches across the front of the German advance, near Albert, on 27 March, day on which the 3rd and 4th Australian Divisions relieved the 9th and 35th British Divisions, then opposing the German advance near Dernancourt (beyond the far hill) and Morlancourt.