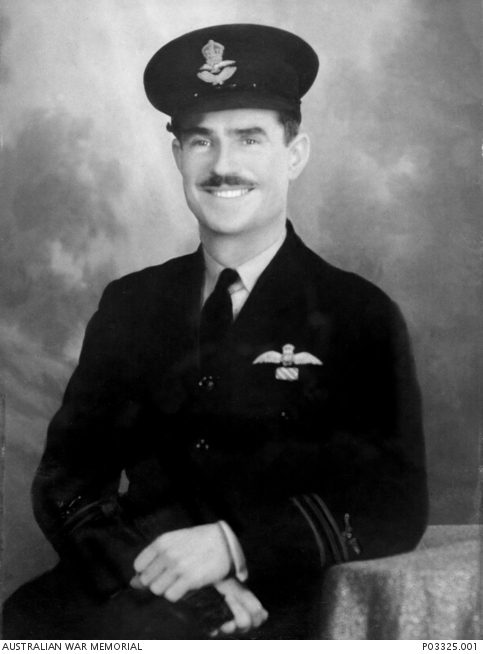 Studio portrait of 449 Squadron Leader Stanley Frank Spooner AFC, RAAF. Stanley Spooner enlisted as an airman in the RAAF in December 1926. He became an Airman Pilot in 1932 and after a period flying seaplanes became a flying instructor in February 1935. He was commissioned on 1 October 1939. At the time he was recommended for the Air Force Cross, in February 1941. At this time he had flown 2,400 hours and had been a flying instructor for six years and was a Flight Commander at the Central Flying School, Camden.