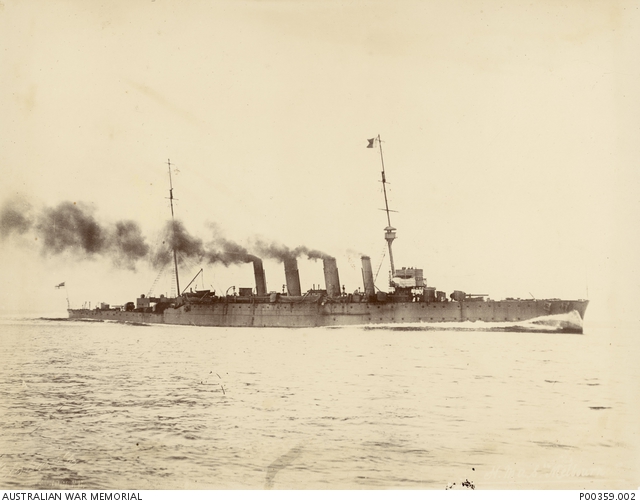 Starboard broadside view of the Town Class Light Cruiser HMAS Melbourne steaming under way during service in the First World War. Melbourne was one of three ships of this class commissioned into the Royal Australian Navy. On the outbreak of war in August 1914 she took part with other RAN vessels in the capture of German Pacific colonies. In November 1914, Melbourne was a unit of the escort for the first Anzac convoy from Australia to the Middle East before sailing for duty in the Caribbean with her sister-ship HMAS Sydney. Both ships were subsequently transferred to the Grand Fleet and Melbourne took part in the North Sea patrols, convoy duty, anti-submarine sweeps and fleet exercises. Melbourne was present at the surrender of the German High Seas Fleet in November 1918 and continued in service until being paid off in early 1928.