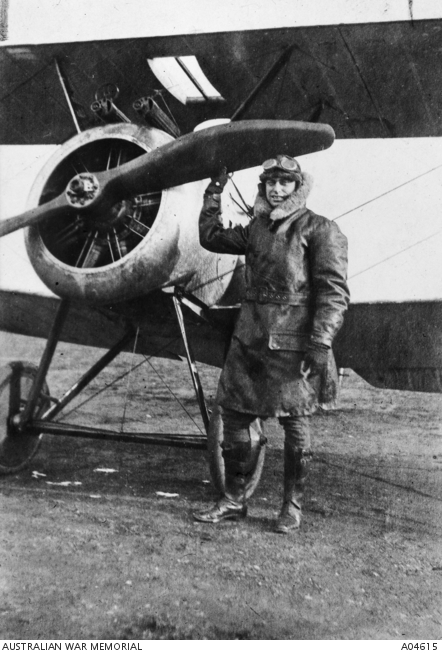 Portrait of 2nd Lieutenant Jack Henry Weingarth standing beside a Sopwith Camel aircraft, possibly whilst training in Scotland. Later promoted to the rank of Lieutenant, Weingarth served as a pilot with No. 4 Squadron, Australian Flying Corps (AFC) in France, and as an instructor at No. 6 (Training) Squadron AFC at Minchinhampton, Gloucestershire. He was killed in action, along with a cadet, during a training accident near Gloucestershire on 4 February 1919, aged 26.