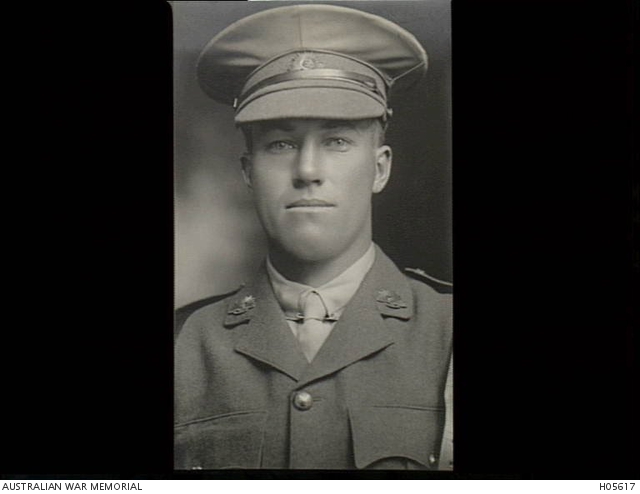 Studio portrait of Lieutenant (Lt) Bertram Atkinson, 23rd Battalion from Clayton, Victoria. A 26 year old estate agent and Militia Officer prior to being appointed a Second Lieutenant in the AIF on 24 March 1915, he embarked for overseas with B Company from Melbourne on 10 May 1915 aboard HMAT Euripides. After joining the battalion at Gallipoli, he was killed in action at Lone Pine on 21 September 1915. Lt Atkinson is buried in the Lone Pine Cemetery, Gallipoli, Turkey.