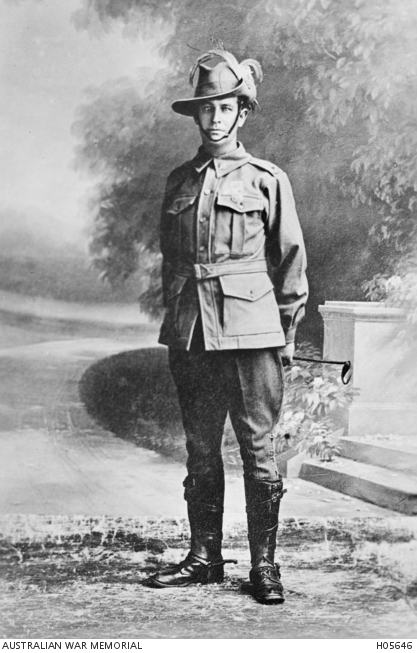 Studio portrait of 101 Trooper William Fleming Anderson, 10th Light Horse Regiment from Victoria Park, Western Australia. A 33 year old store assistant prior to enlisting on 5 October 1914, he embarked for overseas with A Squadron from Fremantle, Western Australia on 8 February 1915 aboard HMAT Mashobra. While serving at Gallipoli, he was killed in action on 7 August 1915. Trooper Anderson is commemorated on the Lone Pine Memorial at Gallipoli, Turkey with others who have no known grave.