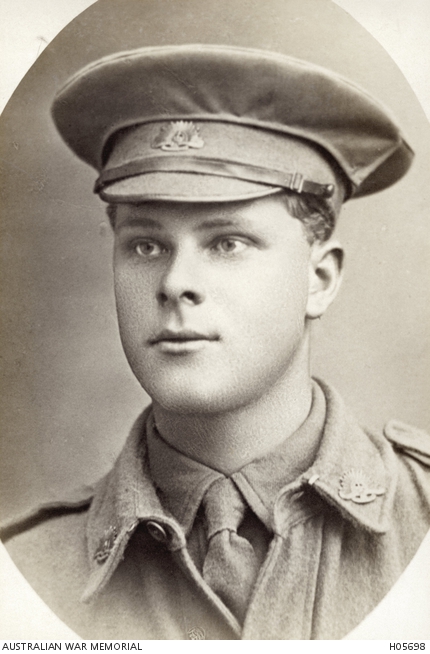 Studio portrait of 6325 Gunner Harold George Carter, 4th Field Artillery Brigade (FAB) from Warrnambool, Victoria. A 19 year old draper and member of the militia prior to enlisting in the AIF on 24 July 1915, he embarked for overseas with the 10th Battery from Melbourne on 18 November 1915 aboard HMAT Wiltshire. After a brief period of illness in Egypt, he joined the FAB in France where he was killed in action on 4 November 1916. Gunner Carter is buried in the AIF Burial Ground, Flers, France.