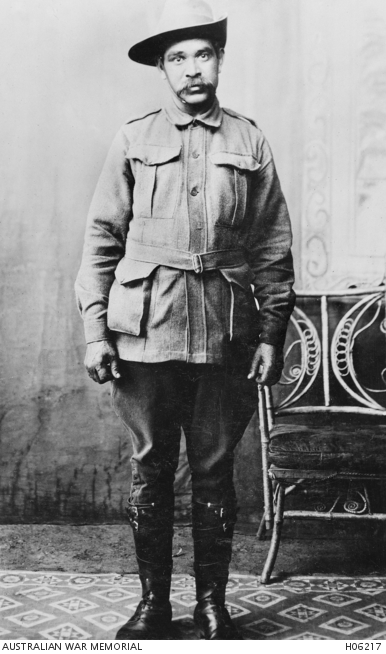 Studio portrait of 1929 Driver (Dvr) Sydney Windsor, 1st Light Horse Regiment from Canbelego, NSW. A 28 year old labourer prior to enlisting on 25 September 1915, he embarked for overseas with the 13th Reinforcements from Sydney aboard HMAT Aeneas (A60) on 20 December 1915. On arrival in Egypt, he transferred to the Artillery Details and then after arriving in England, he later proceeded to France in July 1916. Dvr Windsor transferred to the 24th Field Artillery Brigade (FAB) in December 1916 and then to the 10th FAB in January 1917 and served with their 38th Battery. He was awarded the Military Medal (MM) for gallantry near Cerisy, France on 8 August 1918 when he drove the limber up to his gun which was being subjected to heavy shelling and succeeded in withdrawing it. The gun crew were all injured and he alone saved the gun. Dvr Windsor arrived back in Australia on 8 June 1919.