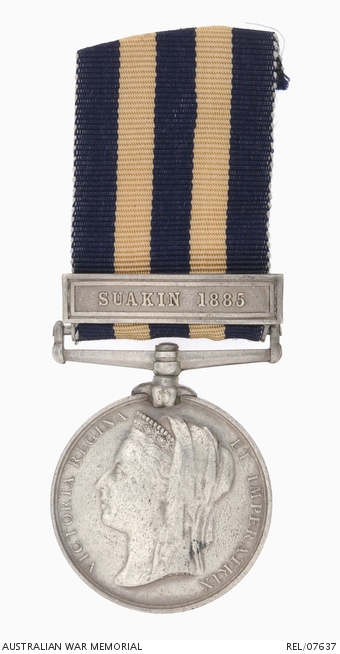 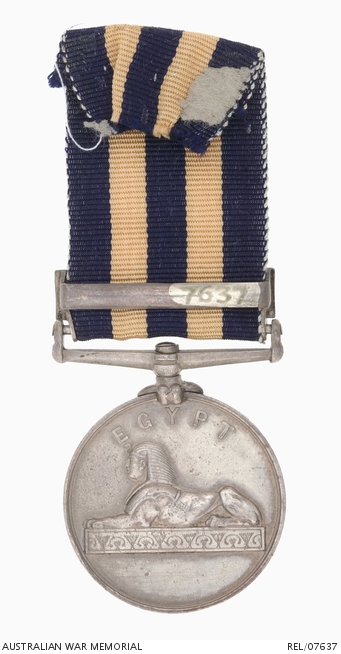 Egypt Medal 1882 -1889 with the bar 'SUAKIN 1885'. The recipient's number, rank, name and regiment are engraved on the edge. Obverse: The diademed and veiled head of Queen Victoria with the legend, 'VICTORIA REGINA ET IMPERATRIX'. Reverse: The Sphinx on a pedestal with the word 'EGYPT' above. The exergue is blank . The medal is fitted with a straight swivel suspender and a single rectangular campaign bar. A piece of 32 mm ribbon which has three bright blue and two white stripes of equal width is attached to the suspender.

Awarded to 1089 Gunner Thomas Judge for campaign service at Suakin, Egypt in 1885. Judge was born at Roscommon, Ireland. On enlistment in the NSW Artillery on 4 January 1884 he was described as a labourer, aged 30 years 6 months, 5 feet 7 3/4 inches tall with grey eyes, brown hair, fresh complexion, a scar on the front of his right thigh and his religion was Roman Catholic.