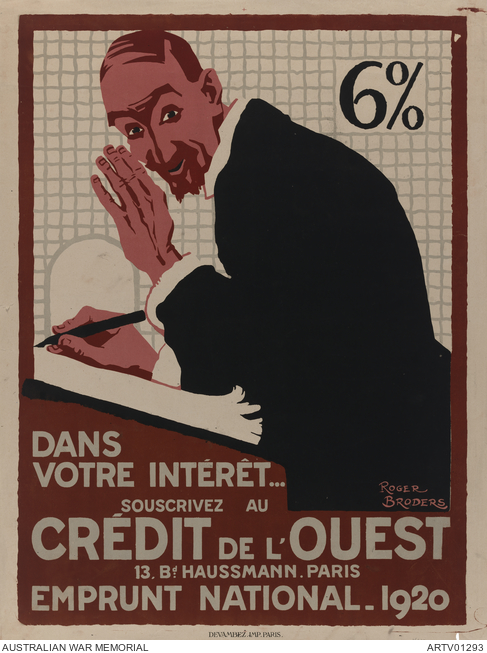 Roger Broders has depicted a banker whispering behind his hand to the public. He is telling the public that it is in their interest (both financially and in the public interest) to subscribe to bank credit with the West at Emprunt National, 13 Boulevard Hausseman, Paris.

This poster was made in the years immediately following the First World War and Broders was a well known French illustrator and artist best known for his distinctive simple lines and bold, flat areas of colour of his travel posters promoting tourism destinations in France, typically fashionable beaches of the Côte d'Azur and skiing resorts in the French Alps in the early 20th century.