Informal outdoor group portrait of officers of the Headquarters Staff of the Australian Mounted ... 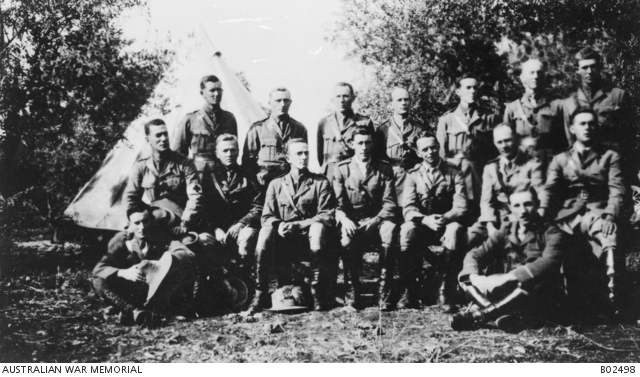