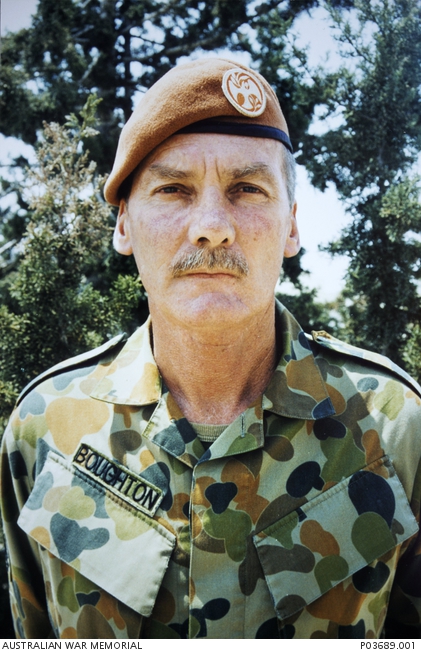 Portrait of Warrant Officer Class 1 (WO1) Brian Thomas Boughton, Multinational Force and Observers (MFO). Boughton served as Regimental Sergeant Major (RSM) of Australian Contingent 12A, of the Multinational Force and Observers which was in the Sinai, January to July 1999. In 2001 WO1 Boughton was appointed Regimental Sergeant Major of the Army (RSMA). He also served with 7th Battalion, The Royal Australian Regiment (7RAR), in Vietnam between November 1969 and October 1970.