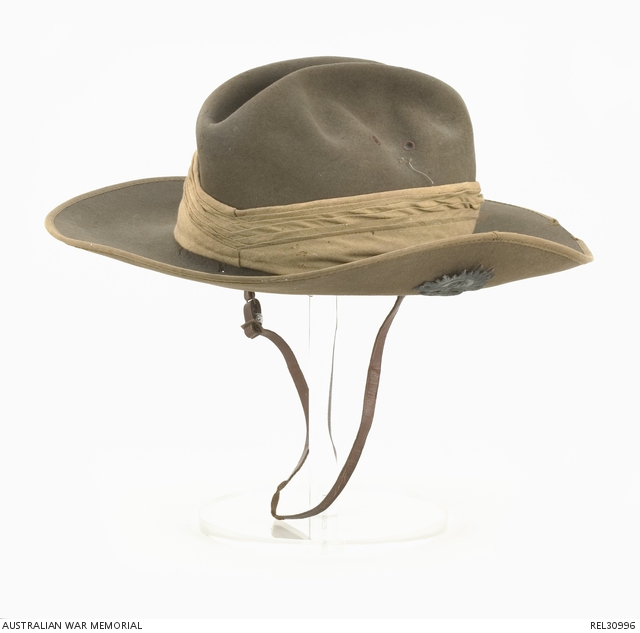 Slouch hat with brass rising sun hat badge attached to the left brim. The hat has a five pleated pugaree around the crown and a leather sweatband and chin strap. The sweatband is marked with the manufacturer's mark 'V402' and the date '1942'.

This hat was issued to VX47581 Gunner Allan Livingstone Young after he had been released as a prisoner of war of the Germans and before his return to Australia in 1945. Born in 1910, Young enlisted in 2/3 Light Anti Aircraft Regiment in January 1940 and served in North Africa before he was captured on Crete in 1941. He was interned at Stalag 8B at Teschen, in Silesia. He was discharged from the Army in Spetember 1945.