Spectators watch an event at an Australian 5th Division sports meeting in France. The nurses in ... 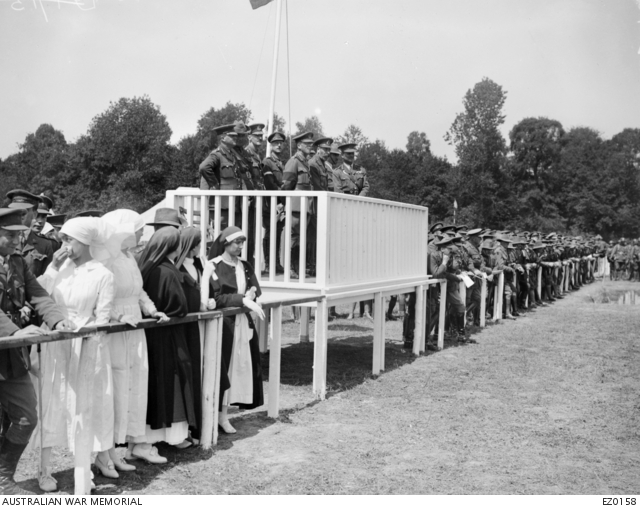