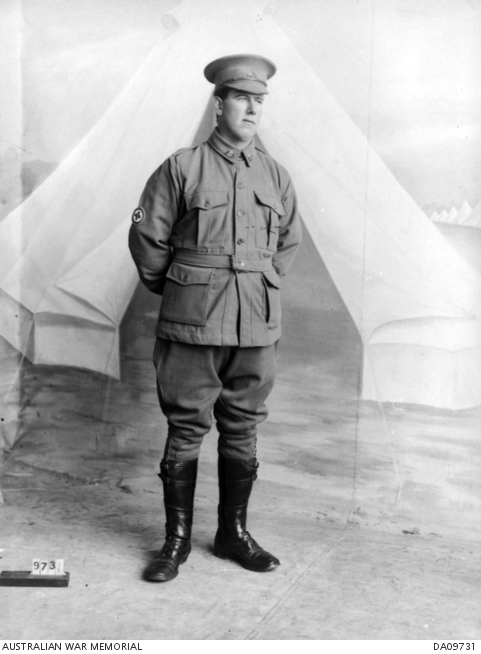 Studio portrait of 2463 Private (Pte) William Ernest Auhl, 12th Reinforcements, 2nd Field Company Engineers, of South Morang, Vic. Pte Auhl enlisted on 4 May 1915 and embarked aboard RMS Mooltan in Sydney on 11 December 1915. Pte Auhl was transferred to the Australian Army Medical Corps on 28 April 1916 but remained attached to the 2nd Field Company Engineers as a medical detail. On 23 July 1916 he was killed in action at Pozieres, France. His death is commemorated at the Villers Bretonneux Memorial in France. Note that he is wearing the Red Cross badge which denotes that he is a member of the Australian Army Medical Corps.