Pall bearers stand next to the coffins (second one partly obscured), draped with the Australian ... 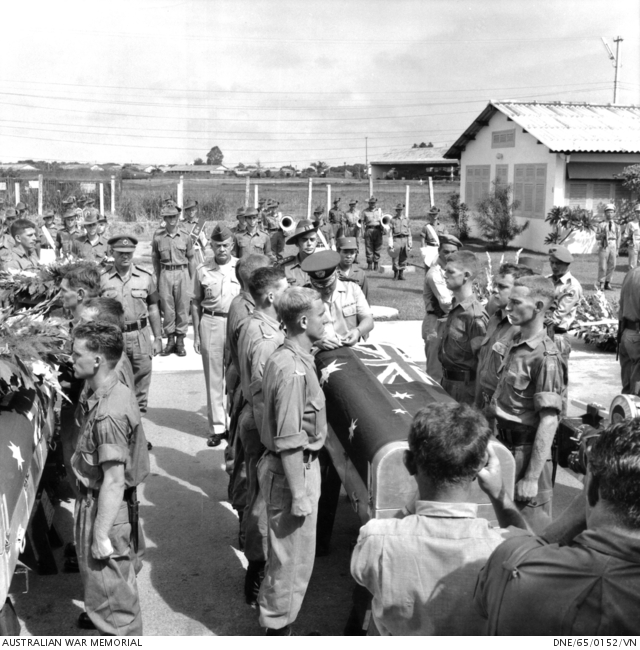