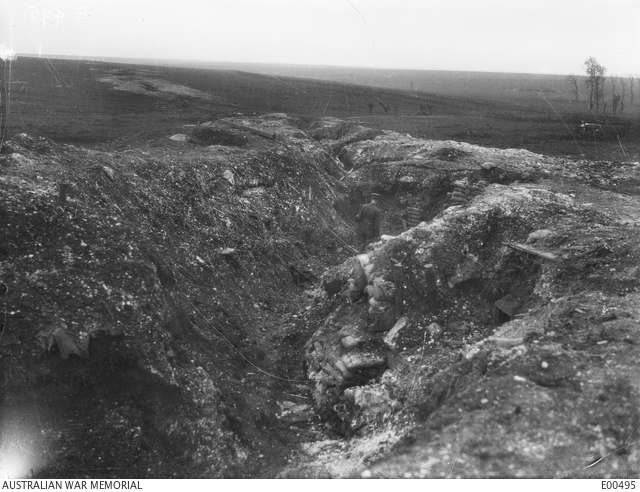 View of 'Till Trench', near Thilloy, on the Somme, in May 1917, where the Germans fought a strong rearguard action, during their retreat in February 1917. The defence of the rearguard, though it resulted in their capture, delayed our advance, and enabled the German main body to safely withdraw. During May 1917, this line of trenches was used when training for the fighting at Ypres, which commenced in Sepember.