Group portrait of the General Staff of the Australian Corps Headquarters outside the Chateau at ... 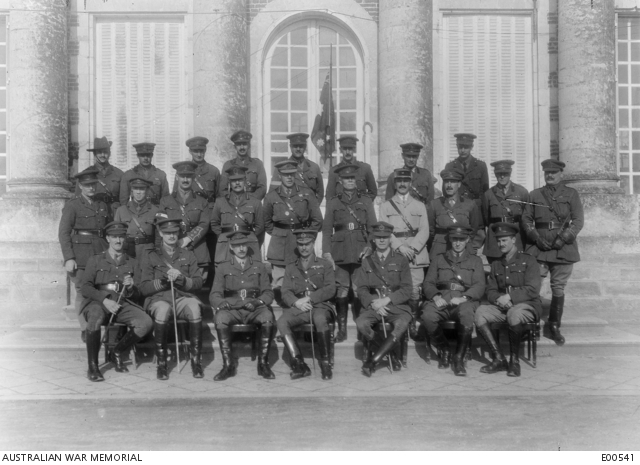