Group portrait of officers of the 68th Squadron, Australian Flying Corps, at Baizieux, after the ... 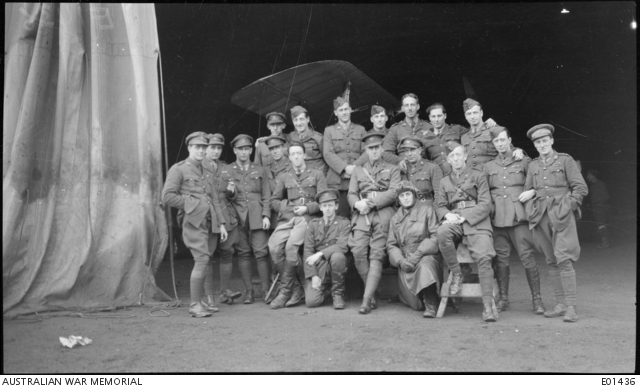 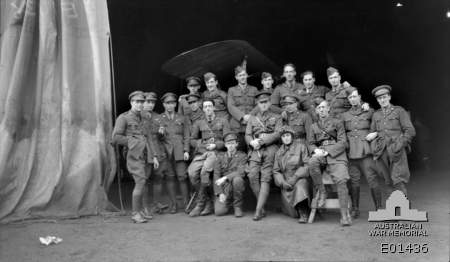