Group portrait of the officers of the 10th Battalion at Neuve Eglise, Belgium. Identified from ... 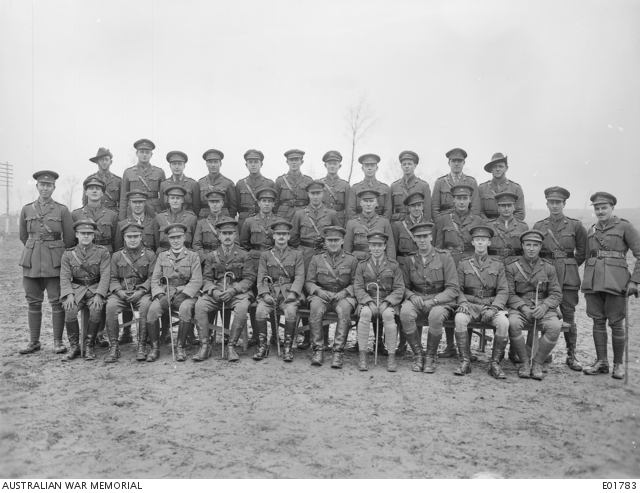