Group portrait of officers of No 2 Squadron, Australian Flying Corps. From left to right, back ... 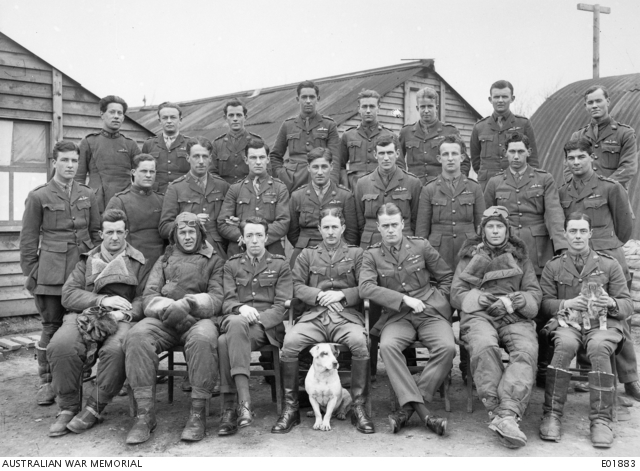