Nieppe, France. 18 April 1918. A Company Headquarters of the 7th Battalion, established an old ... 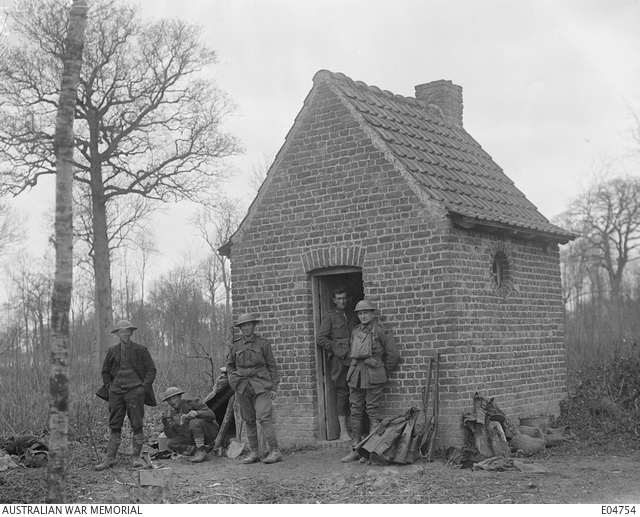 Nieppe, France. 18 April 1918. A Company Headquarters of the 7th Battalion, established an old shooting box in the Forest of Neippe, in Northern France. A week earlier on the arrival of the 1st Division at Hazebrouck from the Somme, the Germans were already commencing to penetrate the Forest of Nieppe immediately east of the town. The 7th Battalion, with some of the 1st Pioneer Battalion and a company of mmachine gunners, pushed through Nieppe Forest, north of La Motte Chateau, and dug in on the north-eastern edge, in touch with the British rearguards. The Australian line, when completed, ran down from Strazeele to the Wood, where it linked up with the British Guards and the 29th Division. The Germans attacked in force on the 14th, but were replused; they renewed the attack in the evening, but failed. They never attacked again on these positions.