Hill 971 (or Koja Chemen Tepe), the highest point of the Sari Bair Ridge, Gallipoli, was the objective of the 4th Infantry Brigade as part of the main break-out operations, from ANZAC in early August 1915. The intention was to seize the high ground between Hill 971 and Chunuk Bair in order to secure a drive across the peninsula to capture the forts guarding the Straits. The 4th Brigade forming part of the left column of the assaulting force, advanced during the night of 6 August but made slow progress due the difficult terrain and by dawn on 7 August was well short of its objective. An assault on the summit attempted on 8 August proved a costly failure. 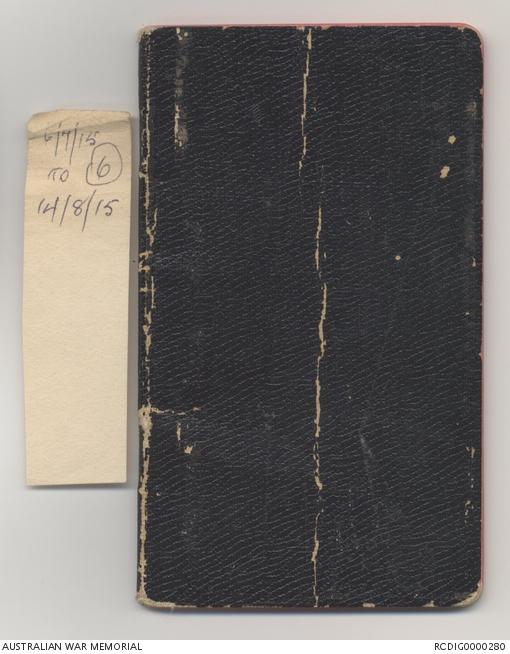 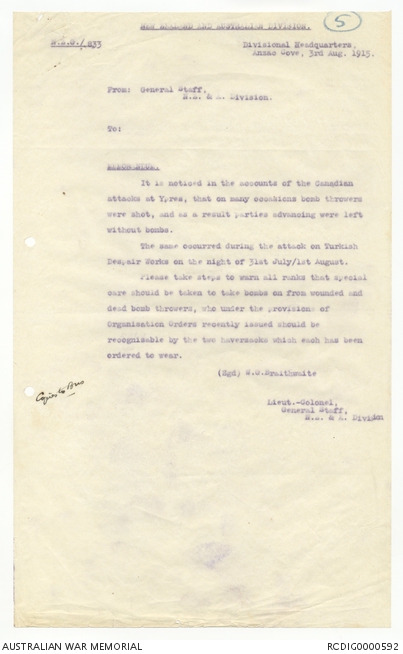 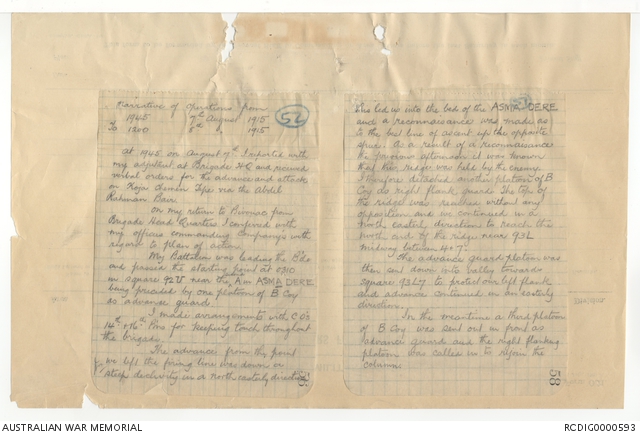 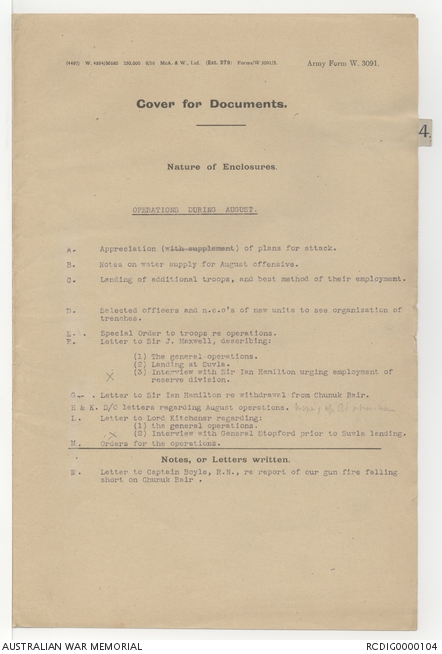 [Material prepared for evidence before Dardanelles Commission] Operations during August 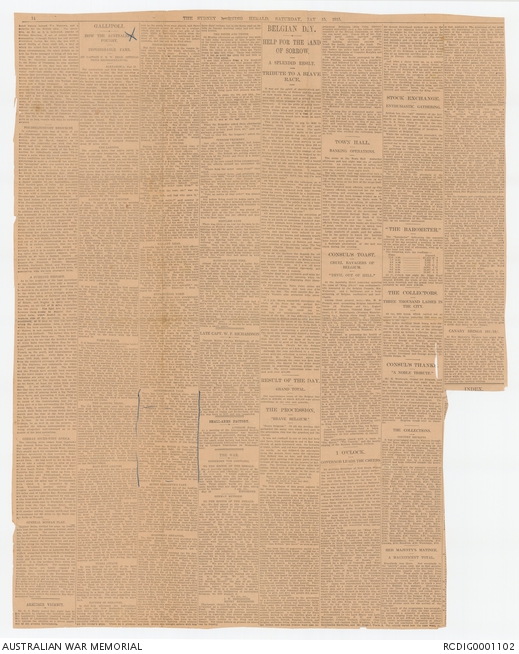 Newspaper clippings and written ephemera from 1915 – 1920