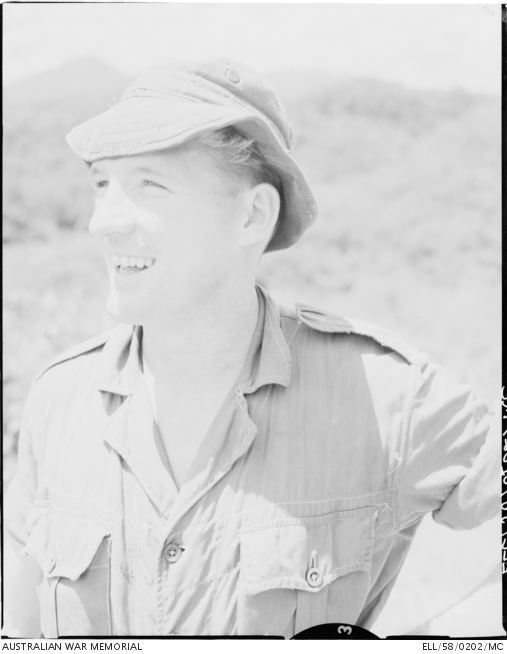 Informal portrait of Lance Corporal (L Cpl) (later Corporal) Maxwell Powell "Max" Hanley, aged 22, of Morphettville, South Australia, Assault Pioneer Platoon, Support Company, 3rd Battalion, The Royal Australian Regiment (3RAR). On the night of 27 July 1958, L Cpl Hanley was the leader of a three man group who successfully ambushed a group of four Communist terrorists (CTs) who were attempting to pick up food supplies from a shed on a rubber plantation. In the ensuing action, three CTs were killed and a fourth escaped in what was to be known as the Mangling mill ambush. No Australians were wounded. L Cpl Hanley was later awarded the Military Medal which was gazetted on 14 May 1959. [Serving as a Temporary Warrant Officer Class 2, Hanley undertook a tour of duty in the Vietnam War. He was killed in action at Da Nang East, Quang Nam on 20 February 1967.]