The anti aircraft gun on the after deck of the battle cruiser HMAS Australia, with a group of ... 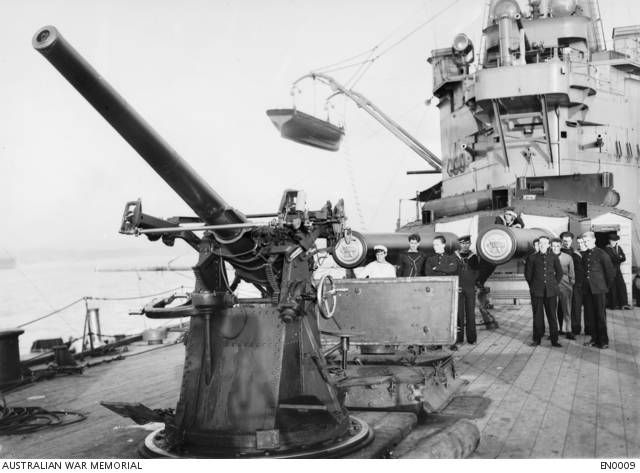