Group portrait of His Royal Highness Edward the Prince of Wales and several officers on board ... 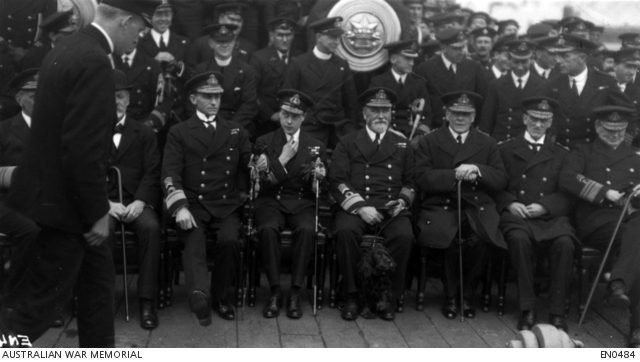