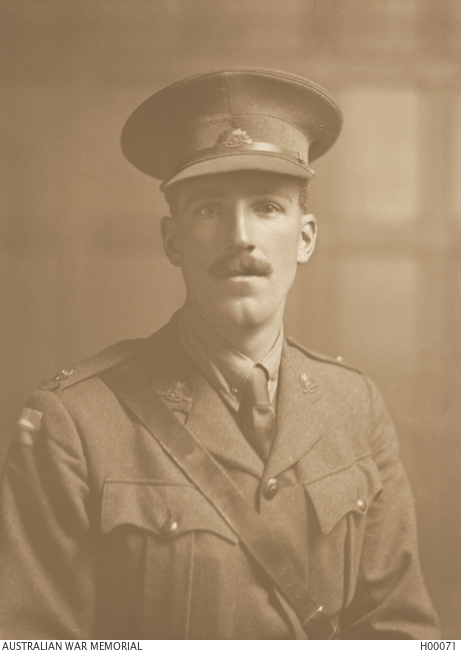 Studio portrait of 2nd Lieutenant Ben Vaughan, 12th Battalion, of Lunawanna, Tas. An orchardist prior to his enlistment on 21 September 1915, he embarked for service on 18 February 1916 with the 15th Reinforcements. He was later promoted to the rank of lieutenant. Vaughan was killed in action on 21 April 1918 in France , aged 24.