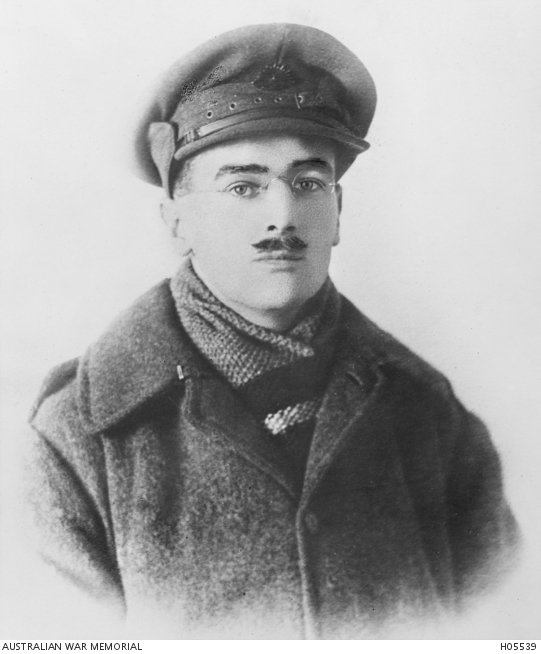 Studio portrait of 572 Sergeant (Sgt) William Angus Kirkland, 5th Battalion from Caulfield, Victoria. A 20 year old accountant prior to enlistment on 17 August 1914, he embarked for overseas as a Private with F Company from Melbourne on 21 October 1914 aboard HMAT Orvieto. While serving at Gallipoli, he was wounded in action in May 1915 and evacuated for medical treatment. After returning to his battalion at Gallipoli in July, he was promoted to Lance Corporal on 4 September 1915 and then he took ill later that month and was eventually evacuated to the UK. He rejoined the 5th Battalion in France in July 1916 and was promoted to Corporal on 4 August 1916. After being wounded in action in France on 4 November 1916 he was evacuated to the UK and did not rejoin his battalion until 21 June 1917. He was promoted to Sergeant on 11 September 1917 and then wounded in action again on 20 September 1917 near Menin Road, Belgium. Sgt Kirkland died of wounds on 20 September 1917 and is buried in the Lijssenthoek Military Cemetery, Belgium.